March 2018: we were neck-deep in pre-production for our dark comedy short ‘Making A Killing.’ A year on, Rich reminisces about the production, what we learned and Things-You-Never-Think-Of-Before-A-Film-Crew-Comes-To-Your-House-And-Demolishes-It — a 2-part blog.

Part 1: Pre-production
Together with director James Debenham and producer Rosie Wells, my co-writer/conspirator Andy and I met with our stars Tiff Stevenson and Adrian Scarborough for a table-read in London. Whilst this wasn’t a full ‘stand up’ rehearsal, it was great for getting a feel for how the cast would interpret our script. Even though it was a low-key meeting*, it showed us how important it is for actors to have an opportunity to improvise and build chemistry prior to filming, even for a short.

Both Tiff and Adrian had us in fits, simply reading their lines or playing with variations in intonation and facial expression (silly voices; oodles of gurning), so we knew right from the start it was going to work. Aside from being a relief, it was a delight for us as writers to see and hear quality actors channel all the moments of comic/tragic nuance we felt were in the script – from words on the page to flesh-and-blood interaction. There’s genuine magic in seeing that – don’t let anyone tell you otherwise.

Table-read done, we were confident we had a strong cast that ‘got’ the script and had the right instincts for telling our story, as well as bringing real star quality to the project. A few tweaks to the script for clarity — there’s often a line or two that ‘reads well’ but isn’t quite right when spoken aloud — and the script was locked down to the production draft. (Note: this version, though ‘final’ is still referred to as a draft; once filming starts, sh*t happens, changes occur and the script remains fluid to a certain extent).

Next up, two days before filming: a location visit by director James Debenham, producer Rosie Wells and first AD Pedro Rilho. The location was… my house. The team hauled butt from the metropolis out to the untamed wilds of North Kent (only a 20-minute train ride, the wide-eyed Londonites seemed amazed to discover). On arrival, the team went room to room, discussing each scene in the script, assessing best angles for individual shots and generally getting a feel for how they’d use the layout of the house to achieve narrative ‘flow’. I left them to flow in peace, made tea** and only got involved when I heard shouts from somewhere in the house along the lines of: “Can we move this wardrobe?” or: “Would you mind if we took this ridiculous artwork off the wall?” or: “We’ve locked ourselves in the garage – it smells and we’re scared.” 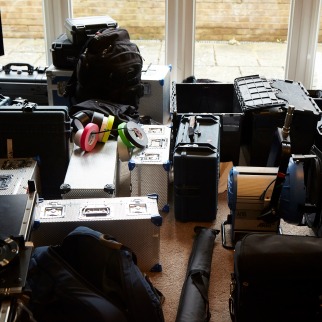 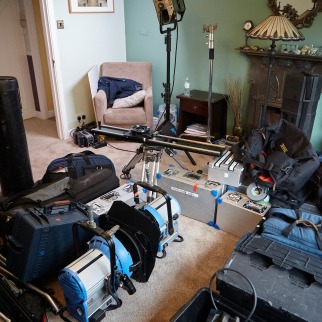 Everything planned, I braced myself for the next day: the Set Dress. Again, the team descended on my abode, this time accompanied by Art Director Allegra Fitzherbert and her arsenal of crafty materials and pre-made props. As a courtesy, I cleaned the house. I needn’t have bothered. Furniture got shifted, my ‘nice things’ got stowed away and then Allegra unleashed her props…two bin liners full of empty beers cans, takeaway cartons and pizza boxes, which she artfully scattered around my house, all topped off by the pièce de résistance: an ashtray overflowing with already-smoked cigarette butts. All of which ensured that my house not only looked like it was inhabited by a character whose wife had deserted him, occasioning a severe bout of personal hygiene forgetfulness (Mr Loveless, played by Adrian Scarborough), but actually smelled like it too. The charming aroma of 3-day old congealed takeaway, stale beer and fag ash leant the production an authenticity few films can boast. (At this point, I feel I should say, once again, a heartfelt ‘thank-you,’ ‘sorry,’ and ‘yes, I’ll try one more time to get those stains out, dear,’ to my long-suffering wife. I love you).

The upheaval of my usually tidy(ish), usually clean(ish) house continued as each room we would be shooting scenes in got transformed to look like the home of, well, someone who didn’t give a toss what their home looked like. Mess was made. Fun was had. It looked amazing. Amazingly crappy. Antithetically crappy. You know what I mean… 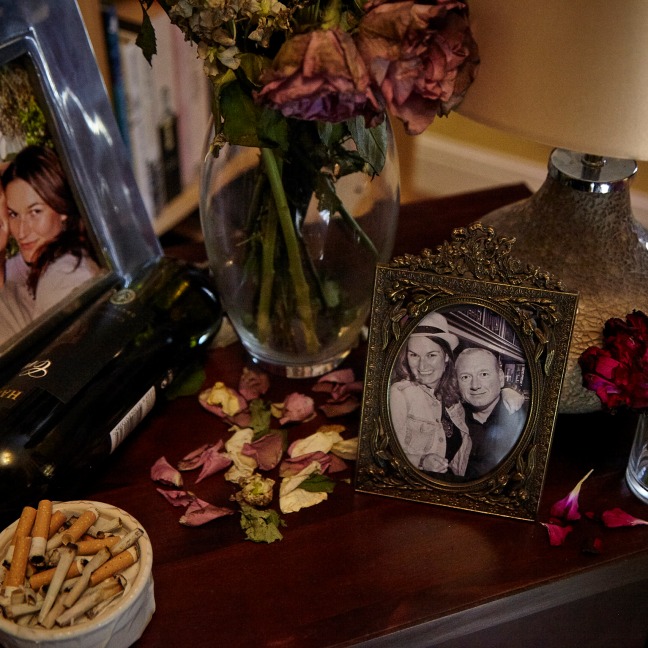 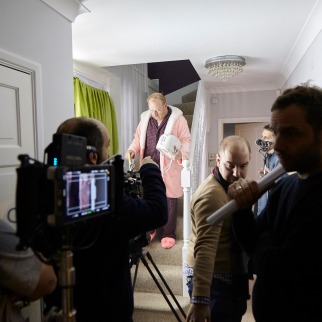 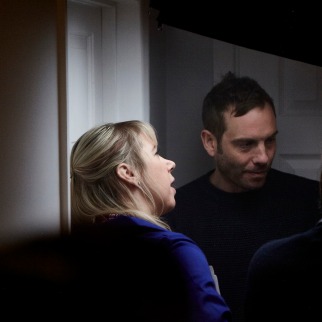 One last point to add on this: there is nothing that quite prepares you for the cool assessment of your treasured possessions by an art director:

Art Director: “Sorry to bother you, but have you got any old, dated, kind of crappy-looking ornaments?”
Me: “Well, no, not really.” (Thinks: I’m far too discerning)
AD: “I’m after something old-fashioned, tacky, ugly-looking. (Spies beloved piece of décor of immense sentimental value). Ahh, this is perfect! It’s so horrid; I love that you’re into retro kitsch like this!”
Me: (smiles weakly) “Umm…yeah.”

Set dressed, (house trashed), we were ready to roll…

* Table Read: fruit, nuts, biscuits. Not chocolate biscuits though—got to keep actors motivated; lavish them with choc on the first meeting and they’ll be wanting their own dressing room, foot rubs and Baftas before you know it.

** Location Visit: broke out the posh biscuits, bought especially for our producer Rosie, who said they were her favourite, only to say on the day, no thanks, she was on a diet…it’s fine, really it is, I’m over it…it’s…fine.

*** Set Dress: no snacks because there was too much to do, but later that night, whilst walking the ruins of my once-lovely home, I ate a whole tub of ice-cream. 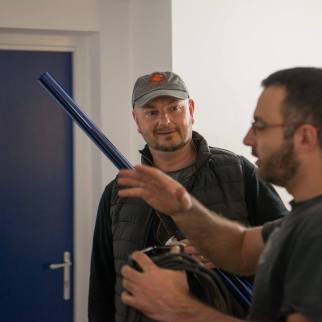 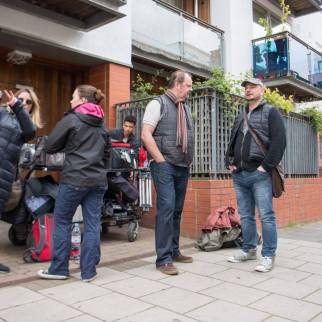 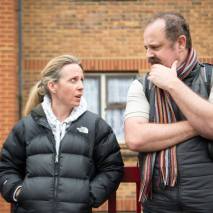 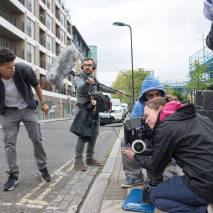 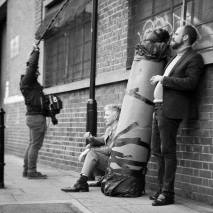 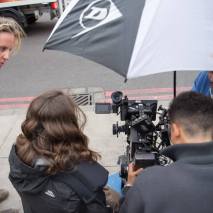 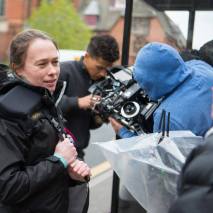 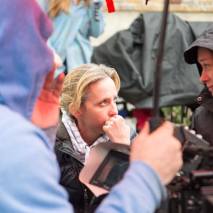 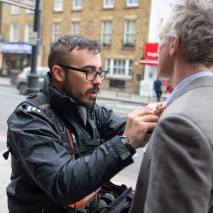 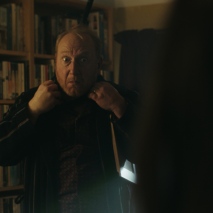 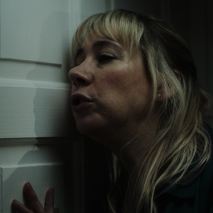 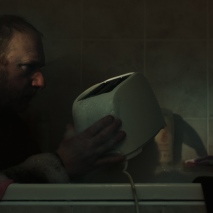 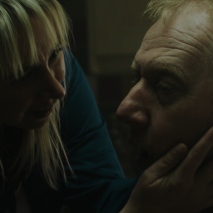 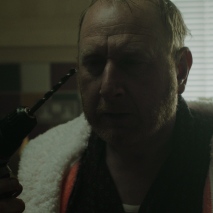 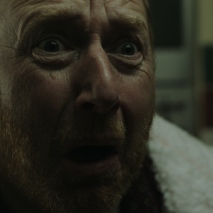